Today's blog is a bit of a long one with lots of items, but they share many things in common:
1. All wines were either founded and owned by women or have women winemakers.
2. All wines are naturally produced or highest level bio-dynamic
3. All wines are Italian
4. All are imported by David Bowler
5. All are awesome. 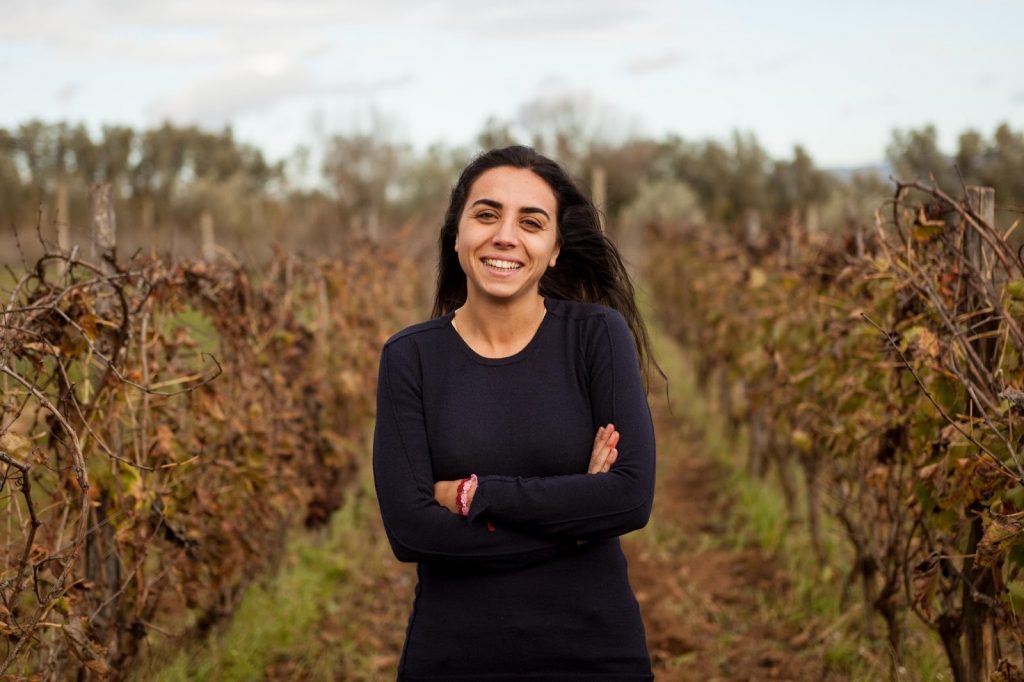 Here @ Some Good Wine, we love Sicily. So many producers, so little time and we can't even begin naming all of the exciting things happening in this fabled land. Sicilians wines have gone through an extremely strange history; almost non-existent 20 years ago and now unfortunately showcased by a lot of mass production Nero d'Avola.

Do remember that Siciliy is the largest of the 20 wine regions in Italy, producing excessive amounts of wine in almost unfathomable quantities. What it needed was rock stars of Hendrix status to showcase small production, artisanal and natural quality that can truly capture and transcend the distinct terroir existent in Sicily. Here they come now...

What captures people's attention with these wines immediately is the way they literally seem to awaken the senses. There is a spiny nerve ingrained that is non-tangential, individualized and philosophically contemplative on a Nietzschean scale.

I first discovered Arianna Occhipinti in my neophyte days. But as ignorant as I was––the folly of youth––I knew there was something inherently special about her that has stayed with me for what seems like a lifetime. Whenever I make a lasagna or some super fatty Italian dish, I try to reach for one as it is an exceptionally magical experience. Unfortunately, I am not alone. These wines have become iconic in the wine geek community and hence are now hard to come by.  As I alluded to above, what used to sit there for ages until an interested customer said "ooh, what is that?" are now sold in tiny amounts. One of the conundrums of the wine world....we all can't be as plentiful and fertile as Yellow Tail.
2016 Arianna Occhipinti Frappato
Newsletter Price: $44.99
Frappato is the grape here, normally used to blend with the more famous Etna Rosso. One of the only single varietal Frappatos in existence. Gorgeous, Pinot Noir like structure with smokey girth, fleshy earth and wild, explosive tannins like sucking on a raspberry fire pit.

2016 Occhipinti,Siccagno Nero d`Avola IGT Terre Siciliane
Newsletter Price: $48.99
From the same area as the Frappato. 100% Nero here, with some of the same bright fruit in the Frappato. Difference here is you get more of that crusty earth sensation and muscular grit one sees with Nero. Incredibly medium bodied fatness and acidic precision.


2014 Occhipinti,Grotte Alte Cerasuolo Riserva
Newsletter Price: $81.99
50% Frappato/50% Nero d'Avola. "Grotte Alte" is Arianna's only DOCG wine, named for the limestone ridges on which the Occhipinti estate lies, straddling and combining both Mediterranean and mountain influences, with red and sandy clay soils over limestone at about 280 meters. Coming from a selection of older vines, a longer maceration and barrel aging, the Grotte Alte is essentially the "grown-up", appellation-designated version of the "baby" SP68 red IGT wine. 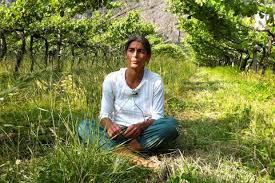 Since she took over her family's winery at the age of 19, Elisabetta Foradori has made a life's work of elevating the Teroldego grape to heights once unimaginable.  An ancient variety native to the alpine Trentino region and related to Pinot Noir, Lagrein and Syrah among others, Teroldego thrives in the high, sunny foothills and plateaus below the Dolomite peaks in the far north of Italy. But for most of its modern existence, it was grown and made in bulk. The farming was conventional--chemical use, mechanical harvesting, nursery clones--with the vines trained overhead on pergolas for easier ripening and higher yields. Co-ops purchased the fruit and turned it into light, thin, two-dimensional wine for local consumption. There was little appeal to it beyond the region, and growers started ripping out the Teroldego vines in the 1980's and replacing it with more international varieties like Merlot and Cabernet.

Elisabetta's family had purchased the estate in 1934; her father bottled Foradori's first vintage in 1960. When he passed unexpectedly in 1976, her mother kept the winery going until her daughter could graduate with her enology degree. Fresh out of school, Elisabetta jumped into her first harvest in 1984, fully committed to not only preserving her family business but also to pushing it and Teroldego forward to fulfill what she believed to be their great potential for quality over quantity. Flying in the face of local and family tradition, Elisabetta turned her attention first to the vineyards, gradually replacing the pergola-trained, high-yielding clones with massale cuttings from the oldest, best Foradori vines trained low on wires in the classic French guyot style. She also began harvesting by hand, pruning rigorously and converting the farming to organic.

The Foradori estate today comprises 28 hectares of vines (75% Teroldego, 15% Manzoni Bianco, 5% Nosiola, 5% Pinot Grigio) and produces around 160,000 bottles in a normal vintage. The vineyards are high in altitude, surrounded by mountains but generally on flat sites which receive a lot of sunlight and drain well. The Teroldego, as well as Pinot Grigio, is grown on the expansive, limestone-and-granite-rich Campo Rotaliano plain--essentially the "grand cru" of Trentino--with its sandy, gravelly alluvial soils; the Nosiola and Manzoni come from the Fontanasanta hills above Trento on clay-limestone soils about a half-hour away.


2016 Foradori Teroldego
Newsletter Price: $27.99
Flagship wine of this estate; the wine that started it all. Teroldego is the grape which was extinct and resurrected by Ms. Foradori. Highly unique, combining the rustic gaminess of Syrah with more bright red fruit and crushed floral aroma.

2016 Foradori Granato
Newsletter Price: $73.99
100% Teroldego, like all of the estate's reds, the fruit for Granato comes from the Campo Rotaliano plateau, a broad, flat, sunny, well-drained expanse of limestone-and-granite-rich vineyards tucked up at high altitude in the shadow of the Dolomites. This was Foradori's first riserva-level Teroldego, fbottled by Elisabetta in 1986. This is the most traditional of the special Teroldego bottlings, not amphora-aged like Morei or Sgarzon, but rather in large oak foudres for 15-18 months; notably, it began as a somewhat internationally-styled wine, aged in French barrique, including some new, but the last vintage to be touched by barrique was 2008. Granato means "garnet" in Italian and is also a reference to the pomegranate or melograno, that fruit having Mediterranean origins like the first grape vines brought to Italy millenia ago; Elisabetta prizes its self-contained beauty, charm and balance, characteristics she associates with her Granato bottling. 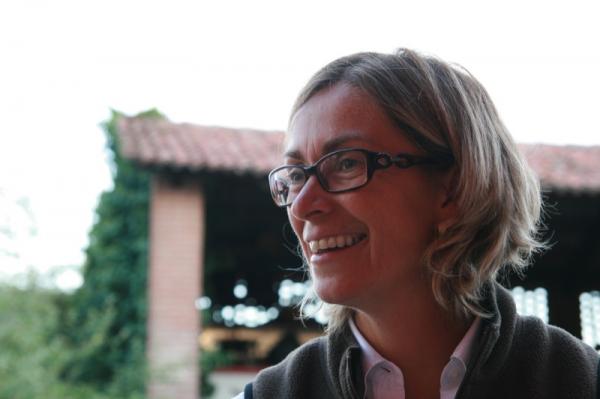 La Stoppa is an historic estate in the province of Piacenza in the Emilia region of Italy. There are 32 hectares of vines, along with almost as much forest, plus the ruins of a medieval tower. The property was founded and planted first in the late 19th century by a lawyer named Giancarlo Ageno, whose main interest was Bordeaux varieties. In 1973, current owner Elena Pantaleoni's printer father, with no winegrowing experience, purchased the property; Elena joined him to work at the winery full-time in 1991. By 1996, a decision was made to let the non-native varietals like Chardonnay, Sauvignon Blanc, Tokay, Pinot Gris, Grechetto and Pinot Noir go, as they were not suited for the warm climate and clay soils of the area. They were replaced with local grapes Barbera, Bonarda and Malvasia (with Bordeaux varieties remaining until 2005, when those too were replaced).

The farming has been organic since the early 1990's; certification came in 2008.  Elena Pantaleoni, a dedicated, intelligent and passionate grower, works closely with her enologist Giulio Armani to craft wines expressive of place and grape. Work in the cellar is minimal. Fermentation is entirely with native yeasts; maceration with skins is lengthy; little to no sulfur is used; wines are aged in a range of  Slavonian oak botti and used French barriques; reds are not filtered before bottling; and bottle aging is extended. Elena eschews any DOC classifications, choosing the IGT path instead; she feels that the DOC regulations are too broad in terms of permitted varieties, geographical bounds and production techniques, and not conducive to thoughtul, artisanal winegrowing and winemaking, the priority at the La Stoppa estate

Newsletter Price: $21.99
60% Barbera and 40% Bonarda (Croatina), macerated on the skins for 20 days using indigenous yeasts. A straight up yummy wine that makes you smile. Fleshy fruit that becomes lip smacking.

2010 La Stoppa Barbera dell Stoppa
Newsletter Price: $35.99
100% Barbera. From 25-45-year-old estate vines on a slope on stony clay-limestone soils. The fruit is organically farmed and harvested by hand. It is destemmed and fermented with native yeasts and no sulfur in tank; maceration with the skins is for 30 days. The wine does not go through malolactic fermentation because the naturally low pH and high acidity level combine to prevent it naturally. The Barbera is the only La Stoppa wine to age in barrique, for one year in used barrels. It is bottled without filtration and aged in bottle for a minimum of 2 years before release.

2011 La Stoppa Macchiona Barbera/Bonarda
Newsletter Price: $44.99
50% Barbera/50% Bonarda (aka Croatina). Named for an old farmhouse in the midst of the vineyard, Macchiona is La Stoppa's flagship red. It is made with the estate's oldest vines (up to about 65 years old), grown on silty clay soils and farmed organically, with no fertilizers and with wild plants flourishing between rows. The fruit is harvested by hand, then destemmed and crushed. The juice is fermented with native yeasts and without sulfur in concrete and stainless steel; maceration with the skins lasts 45 days. The wine is aged for about 3 years in 10-to-20-hectoliter Slavonian oak botti. It is bottled unfiltered and aged for at least 2 more years before release; vintages are often not released in sequence. From the 2010 vintage on, Macchiona is back in a more traditional Burgundy-shaped bottle, rather than the Bordeaux bottle which was utilized for a handful of years.
2002 La Stoppa Macchiona Barbera/Bonarda
Newsletter Price: $69.99
Very limited, special release that––I am told––is drinking phenomenally right now!


2009 La Stoppa Vigna della Volta Passito
Newsletter Price: $73.99
Made from 95% Malvasia di Candia Aromatica and 5% Moscato, this wine is made from sun-dried grapes that are pressed in a vertical press, fermented naturally, and put into old French oak barrique for 10 months. After bottling, the wine is held for an additional two years before release. The name comes from the vineyard, which in turn comes from the name of the sharecropper that maintained this site for many years. The vines are 30-50 years old.
Back to The Latest From Some Good Wine
Use left/right arrows to navigate the slideshow or swipe left/right if using a mobile device