I have been meaning to do a newsletter on this for a while.  I adore the wines from Washington State and the producers below represent a majority of the better ones coming out of there. For the price, these destroy comparably priced ones from California any day of the week. They are more refined and can age just as long.  Below is a lineup from Leonetti and Quilceda Creek. It doesn't get much better! Pound for pound, the prices beat anything from California for what these will do over time. These are cellar masters; necessary for any
.
Leonetti Cellar 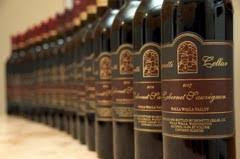 “...made by Chris Figgins and a benchmark estate, Leonetti Cellars produces seriously rich efforts that have a perfect blend of power and finesse, with gorgeously managed tannin, seamless textures and awesome purity.” —Jeb Dunnuck, Wine Advocate

Founded by Gary and Nancy Figgins in 1977, Leonetti Cellar (named for Gary’s grandparents) became the first bonded winery in Walla Walla. Almost immediately their exceptional wines set the standard for Washington and over the past three decades they have vigorously worked to maintain that excellence. Using only estate fruit they produce four wines: Merlot, Sangiovese, Cabernet Sauvignon, and a Reserve blend. The wines are bold and expressive but also balanced and structured. Although delicious on release, the wines age beautifully. All of the wines are aged in a mix of old and new French oak for 15-22 months and total production is around 5500 cases. In 2001 Chris Figgins assumed the role of head winemaker and, following Gary’s retirement in 2011, now runs the entire estate. He won’t be changing things anytime soon as Leonetti remains strongly rooted in family tradition and the goal is and always has been to simply produce the greatest wines possible.


2017 Leonetti Merlot
Newsletter Price: $104.99
93+ JD: The only 2017 I was able to taste from this terrific estate, the 2017 Merlot reveals a saturated purple color as well as a terrific perfume of black cherries, cassis, toasty oak, and graphite. It's medium to full-bodied, plump, and rounded, with ample tannins as well as purity of fruit. It needs 2-4 years of bottle age but is a beautiful, outstanding, incredibly promising Merlot. The blend is 94% Merlot, 4% Cabernet Franc, and 2% Cabernet Sauvignon and it spent 15 months in 60% new French oak.

2016 Leonetti Cabernet Sauvignon –
Newsletter Price: $129.99
98 JD: The 2016 Cabernet Sauvignon checks in as a blend of 82% Cabernet Sauvignon, 13% Petit Verdot, 3% Malbec, and 2% Merlot that spent 22 months in 75% new French oak. Its deep ruby/purple color is followed by a sensational, full-bodied, layered wine that's overflowing with notions of crème de cassis, crushed rocks, smoked tobacco, and hints of camphor. Seamless, elegant, and layered, yet also powerful, it rates with the top wines of the vintage. Readers should snatch this beauty up.

2016 Leonetti Cabernet Reserve
Newsletter Price: $194.99
JD 99: The 2016 Reserve is similar in color (it might be even inkier at the rim) and is a blend of 73% Cabernet Sauvignon, 22% Malbec, and 5% Cabernet Franc that spent 22 months in a mix of 75% new and 25% once-used French oak barrels. It offers sensational notes of crème de cassis, graphite, crushed rocks, smoke tobacco, and perfectly integrated oak. These all flow to a ripe, powerful, yet seamless and incredibly elegant wine that has nothing out of place, building tannins, awesome purity of fruit, and a massive finish. Reminding me of the 2010, yet made in a more elegant style, this magical wine is drinkable today but will benefit for 4-5 years of bottle age and keep for 3-4 decades. Hats off to Chris Figgins for another awe-inspiring wine. 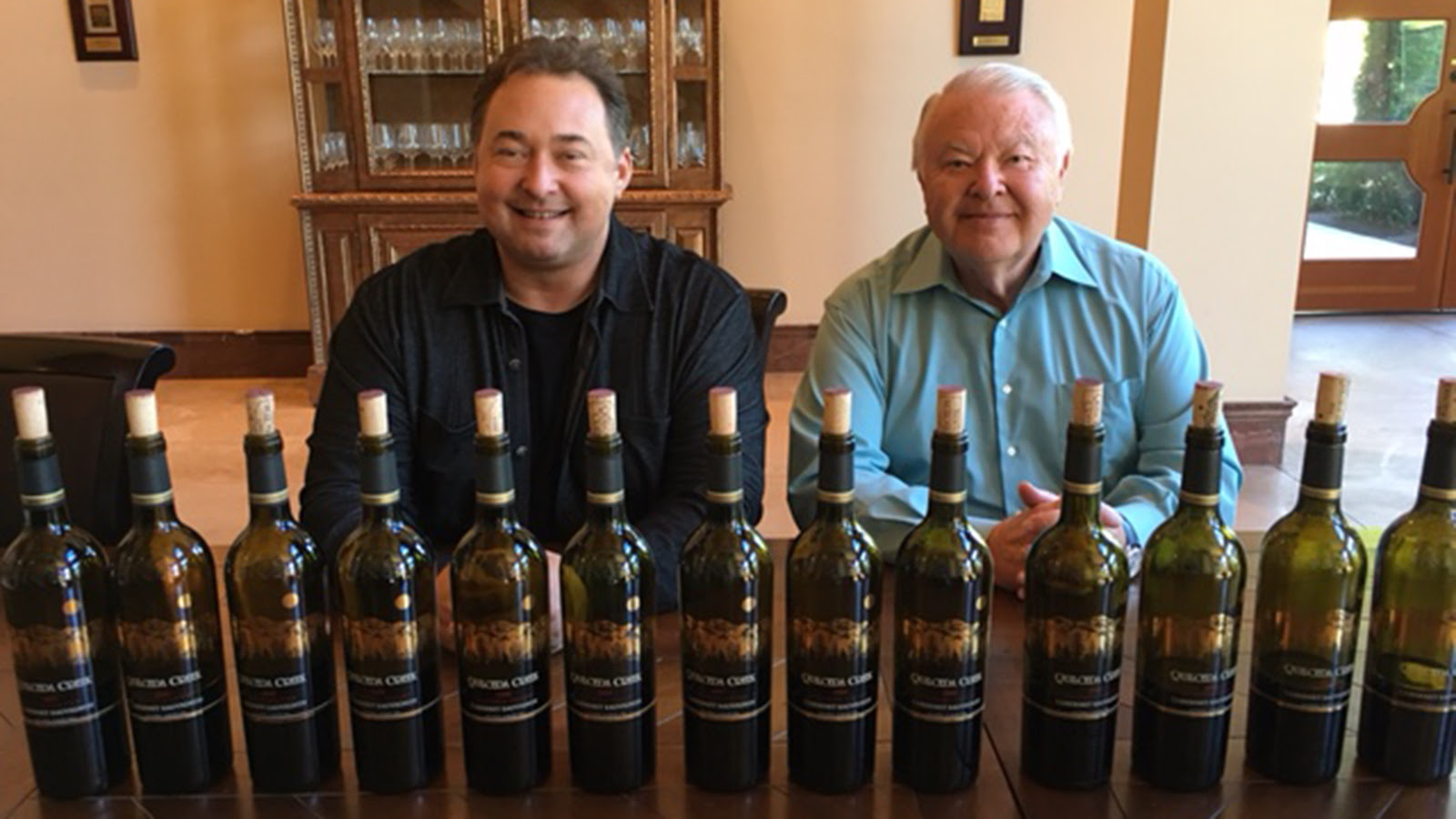 “My hope for the future is that many others will emulate this impeccably run winery, which is turning out compelling wines of irrefutable richness and complexity… Of all the producers profiled in this book, Quilceda Creek may be the only one that still remains below the radar of even the most knowledgeable wine enthusiasts. These are prodigious, world-class wines.” —Robert Parker, Wine Advocate

In 1974, while working as an engineer at Scott Paper, Alex Golitzin began making wine as a hobby. Under the guidance of his uncle, the legendary André Tchelistscheff of Beaulieu Vineyard, he produced a single barrel of Cabernet Sauvignon. He continued producing a barrel each year until Tchelistscheff encouraged him to take it further. Golitzin listened, and in 1979 he bonded his winery under the name Quilceda Creek. For the first decade, Alex needed to keep his day job while producing the wines in a shed using mostly scavenged equipment. Thanks to strong support from Robert Parker, though, their reputation for producing superlative wines began to grow and soon he was able to focus on the winery full-time. His son Paul joined the team in the late 1980’s and took over as head winemaker in 1993. Paul has not only continued his father’s work, but propelled the winery to even greater heights, including several 100 point scores from Parker and claiming the #2 spot in the Wine Spectator top 100 twice within 10 years. Things show no sign of slowing down and now nearly every critic recognizes Quilceda Creek’s place in the top echelon of American wine. Renowned for their concentration, complexity, age-ability, and balance, these wines share qualities with the greatest Cabernets of California, yet they possess a distinctive character that could only be from Washington. Quilceda Creek is a seminal, iconic winery, and though they have come far from their humble beginnings, the goal remains the same:

2016 Quilceda Creek CVR Columbia Valley Red
Newsletter Price: $77.99
JD 93: The entry-level 2016 Columbia Valley CVR is a beauty and well worth purchasing, particularly as it drinks well right out of the gate where the top cuvee benefit from 2-4 years of bottle age. Full-bodied, ripe, and sexy, with terrific notes of kirsch, black cherry liqueur, lead pencil shavings, and graphite, it has plenty of tannins as well as terrific balance and elegance.
2016 Quilceda Creek Cabernet Sauvignon Columbia Valley
Newsletter Price: $203.99
JD 98+: The 2016 Cabernet Sauvignon Columbia Valley is a beautiful wine and has a more classic profile than the more sexy, massive 2015. Beautiful notes of creme de cassis, lead pencil shavings, graphite, dried herbs, and loamy earth all flow to a full-bodied, incredibly pure and perfectly balanced Cabernet Sauvignon that has no hard edges, a deep, concentrated mid-palate, good acidity, and a great, great finish. It reminds me of the 2002 with its uber classic, balanced yet broad and powerful style."
Back to The Latest From Some Good Wine
Use left/right arrows to navigate the slideshow or swipe left/right if using a mobile device