Cyber Monday Deal: Up to 60% Off Nicolas Joly Saviennieres

Cyber Monday Deal!
Up to 60% off Nicolas Joly Saviennieres

"Well I do believe in God and the only man I fear is Nicolas Joly"
-- Kevin Spacey, The Usual Suspects (if it was about wine and not gangsters) 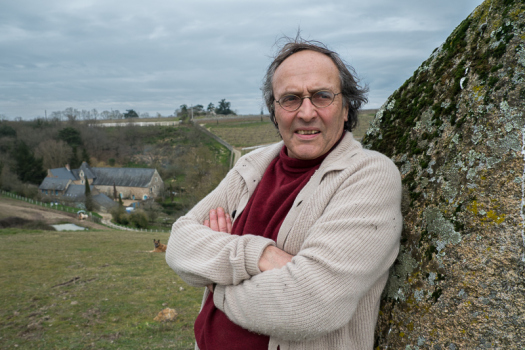 Saviennieres is one of those wines that can neatly divide the wine world into two: those who heard of it and those who haven't. If you're in the former camp, chances are you already know what comes next: Nicolas Joly is the king of Saviennieres and one of the pioneers of biodynamic wine making. Lots to work with here, but let's keep it simple.

Eric Asimov calls Saviennieres, "the thinking man's wine." Touche. I would add "complicated," but it doesn't have to be. Chenin Blanc from Anjou is the first way to look at it. These wines are to Anjou what Riesling is to the German Mosel or Nahe. There is something intrinsically beautiful about Saviennieres that is intangible but mystifying. Everything one should love: minerality, tanginess and an amazing expression of terroir not seen too often in these neck of the woods -- even in the Loire.

Nicolas Joly is the best place to start. Sort of like just getting into rap music and discovering A Tribe Called Quest's Low End Theory first. Think you get the point. This is the end game of Saviennieres: where it came from and where it's going all in one molecular bang.

Les Vieux Clos
From 18-20 year old vines from mostly schist and quartz soils. Known for being the most powerful and lush of the bunch that still has a fine dance of minerality.

Coulee de Serrant
Average 40 year old vines from schist and quartz. Undisputed king of the lineup that has the potential to age for decades and decades more. Exuberant without being powerful. Spice driven without being contentious.


Caution: These wines are not available in the store yet!
To order, reply to jeremy@somegoodwine.com or call the store @ 212-777-3151
Back to The Latest From Some Good Wine
Use left/right arrows to navigate the slideshow or swipe left/right if using a mobile device